On 24th February UNA Tanzania in partnership with The Embassy of Netherlands in Tanzania and HIVOS conducted a climate talk titled “TAKE CHARGE OF OUR FUTURE: YOUNG ACTIVISTS IN TIMES OF CLIMATE CHANGE” which happened at Alliance Francaise Dar es salaam. The event gathered around 150 participants which included secondary school students, University students and young people out of academic institutions who are enthusiastic about climate change. The aim was to showcase young people who are taking charge to tackle climate change and use that as an inspiration for others to trickle down practices and habits of conserving the environment. Also to issue a wake-up call to governments and international organizations to escalate their commitment to climate change.

It was a powerful storytelling event that spotlighted 6 Tanzanian youth climate change activists who shared their stories and ideas about the climate crisis. Their backgrounds are different, from a  Tanzanian independent photographer with a specific interest in SDGs: Imani Nsamila, a youth-led non-governmental organization (ICCAO Tanzania) founder: Zahra Saleh, an environmental activist, humanitarian and educationist working in different conservation initiatives Shamim Nyanda, a member of UNFPA youth Advisory Panel and founder of Mtoto Smart initiative Tanzania: Gertrude Clement, an SDGs champion, the National Treasurer at YUNA and the Coastal Zone Coordinator at Activista Tanzania: Ally Mwamzola as well as one of the leading Tanzanian artists and regreening ambassador: Ben Pol. Even though they are all different they possess one thing in common: a passion for the environment and a strong desire to leave the earth and Tanzania in good shape for the next generations. They conveyed powerful personal stories on their fight against the adverse effects of climate change, each one using their own means starting from their immediate environment until some of them managed to gain global recognition and reach global platforms such as the COP 26 and the Paris Agreement signing ceremony in 2016. 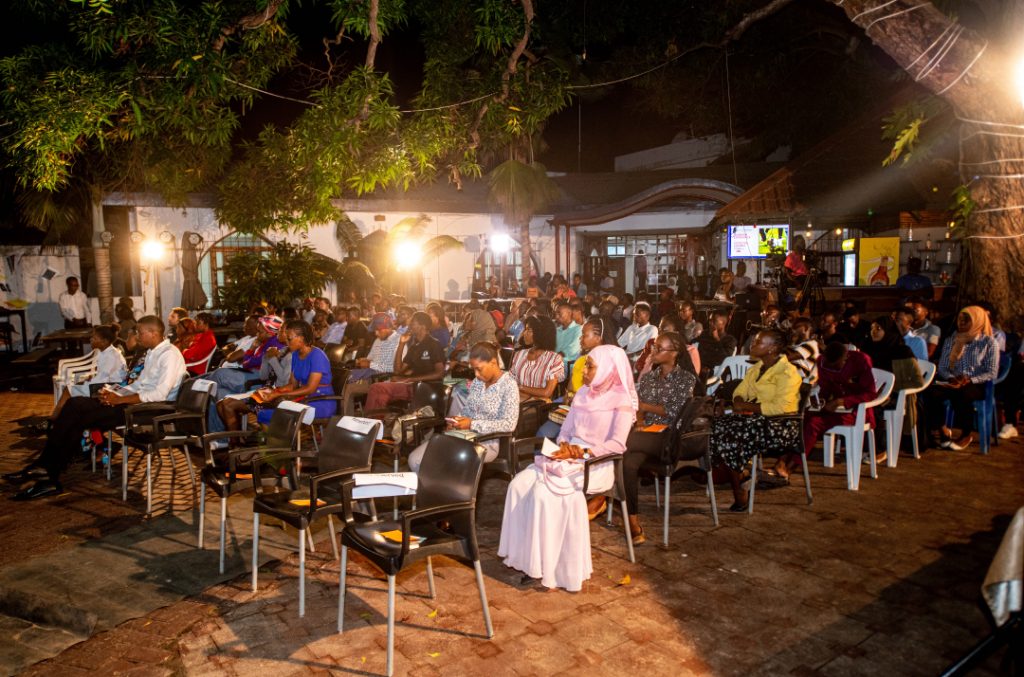 The event was graced by The Netherlands Ambassador to Tanzania Mr Wiebe De Boer as the Guest Of Honor. On emphasizing the crucial role that young people play to tackle the climate nightmare, In his speech the Honorable Ambassador said, “ We the Netherlands believe that you, the young generation, play a pivotal role in finding solutions towards combating climate change and also very important, adopting to it”.

The United Nations Association of Tanzania on ensuring meaningful youth participation in climate action, foster meaningful youth engagement by creating spaces for them to take part in climate change dialogues in order to enable them to air out their views plus suggest solutions. Furthermore, we ensure that they are involved in community-led actions towards combating the negative effects of climate change.

UN75 – Shaping our Future together and building the future we want