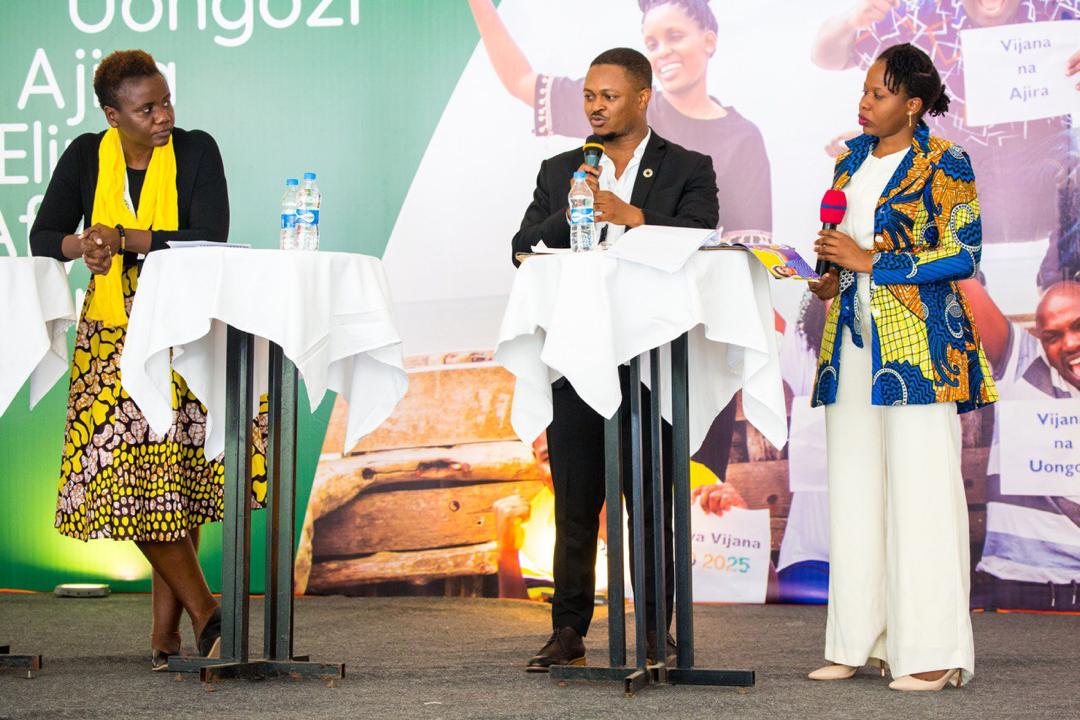 Tanzania is a young nation with more than 50% of its population aged below 35. While acknowledging that youth are significant assets for Tanzania’s attainment of Tanzania development Vision (Vision 2025), the National Youth Development Policy recognizes the importance of preparing them as leaders and partners to drive the force, and to play a vital role in the socio-economic transformation of the nation.

The Vision 2025 can be realized if Tanzanians (including youth) capitalize on their strengths, engage the appropriate driving forces for development, and effectively avoid the impediments, which have held back their development.

The panelists of the session gave insights on the following:

Our Secretary General, Reynald Maeda who is also the co-chair of the CSOs working group (East African Region) for the African Regional Forum for Sustainable Development stressed that youth have available opportunities that we need to take and work on them for a sustainable future: 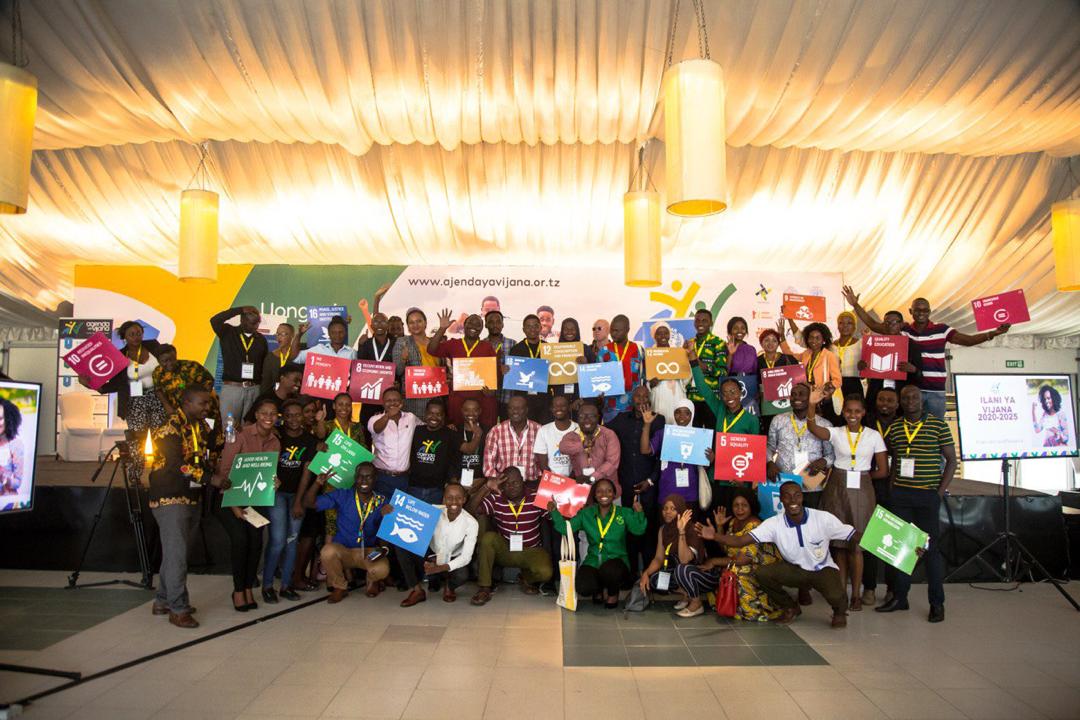 As 2020, marks the General Election Year in Tanzania it was encouraging to see a big wave of young people stepping forward and taking different positions in their respective parties.

The Capacity Strengthening was based on the following topics:

With the training of this group, we believe they are the future decision makers, policy makers, government officials that will find importance in sustainability and the development of young people in leadership and decision making but also working in line with the aspirations to implement the Sustainable Development Goals and Agenda 2030. 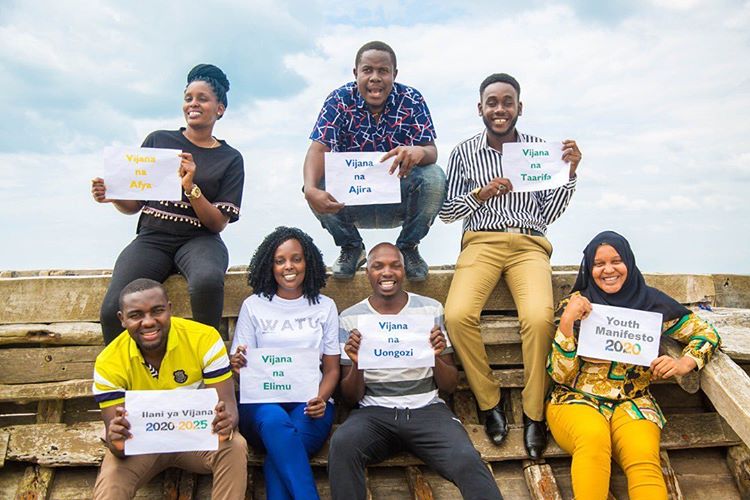 Partnering with 12 other youth leading and serving organizations who work in different sectors of development, on the August 17, 2020 we launched a Tanzanian Youth Manifesto a voice from over 2209 online consultations from 30 regions in Tanzania. The main priority for the manifesto is being:

A group of 350 young people came together from different backgrounds and regions in Tanzania, young women and people with disabilities inclusive to be part, to learn and understand the Manifesto and the Young people’s position and opportunities to the next Five Year Development Plan III.

Not only was it the launching but also an opportunity for young people provided with capacity building for intense 3 days training based on their field of interest and work;

We believe that by bringing together the young candidates, journalists, influencers, CSOs, the government and developing partners will give us the advocacy tools we need to fuel our agenda for the next 5 years. 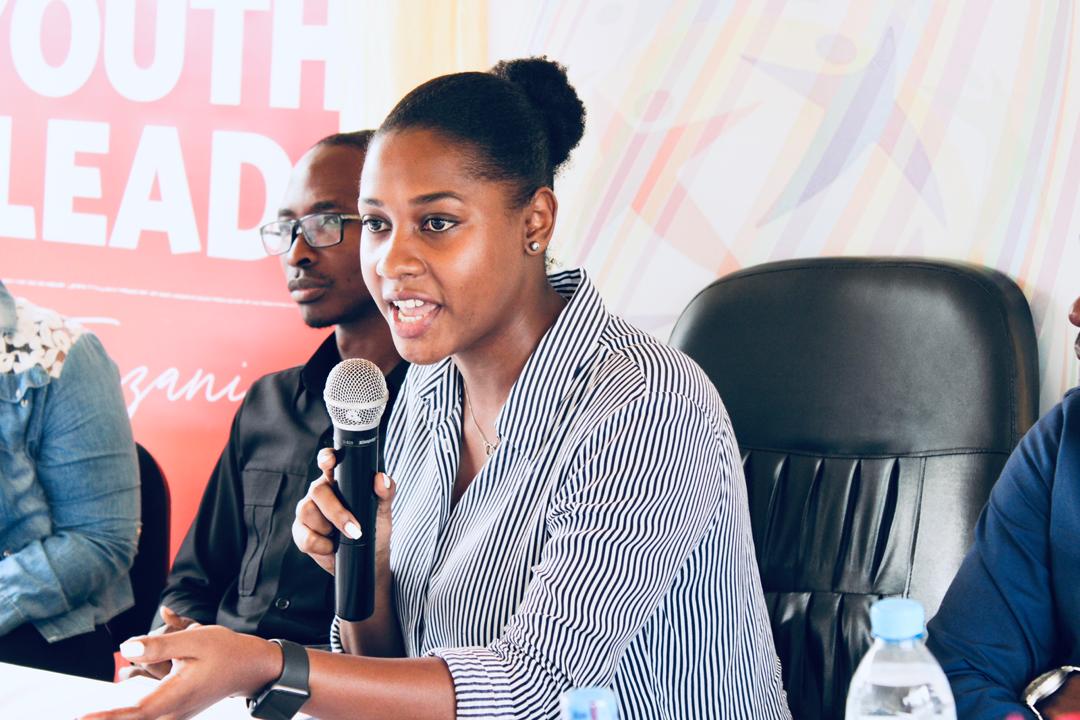 The theme of this year’s IYD “Youth Engagement for Global Action” focuses to see how young people are engaged in the local, national and global levels as an advantage to national and multilateral institutions and processes, as well as the impact they have on how their representation and engagement in formal institutional politics can be significantly enhanced.

On this day, we partnered with other youth led organizations to commemorate this day. Virtually and Physically, our representatives, Goodluck and Godfrida highlighted on the enormous work that we do for the youth in providing awareness and information on the economic rights and opportunities from the international level streamlined to the national and local level especially on the 10% Local Government Empowerment Fund to Youth, Women and People with Disabilities (4-4-2) respectively.

Objectives of these commemorations include;

The public dialogue was held on August 12th, 2020 Mikocheni, Dar es Salaam from 09:00am to 01:30pm, bringing together 167 people from different youth groups, people living with disabilities (PLWDs), CSOs and universities with focusing on Youth Civic Pacification, Youth Skills and Economic Empowerment, Health and Peace Building. 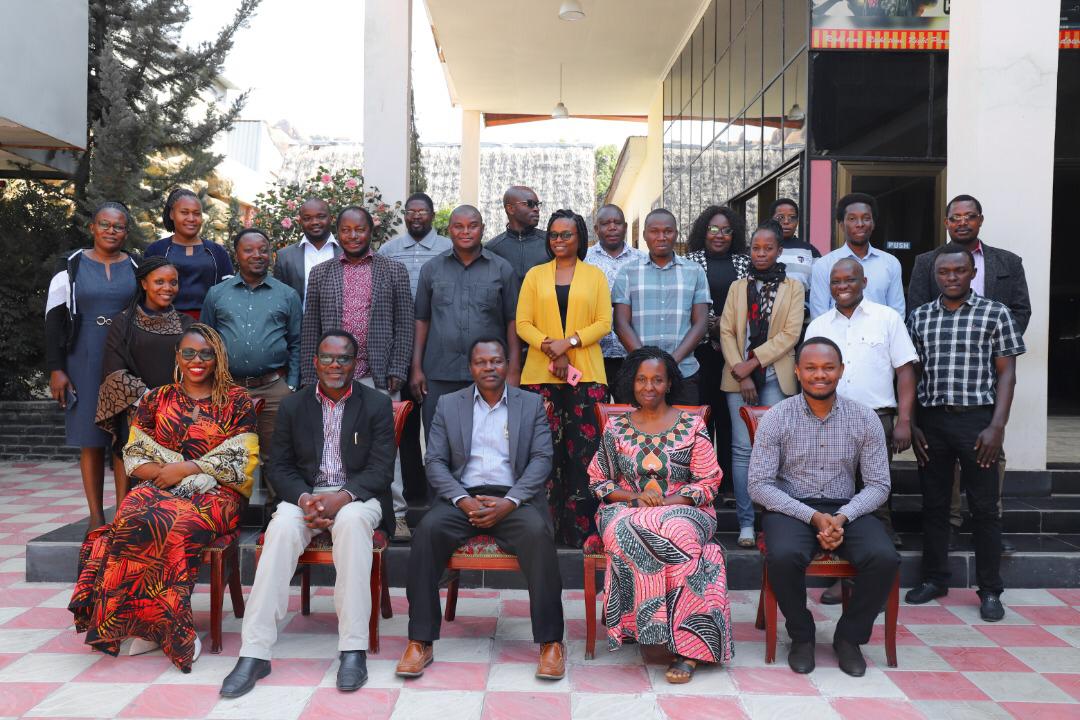 Social Accountability Monitoring (SAM) is a tool that enhances the achievement of fundamental socio-economic rights and capabilities. It is devoted to creating the right to social accountability and realization of social and economic rights through effective management of public resources by responsible parties who will provide justification and explanations for resource allocation and performance.

In an effort to advocate for the adoption of SAM in government institutions, UNA Tanzania, being a member of Policy Forum, took part in the management meeting with the Local Government Training Institute (LGTI) to collaborate with them in adopting SAM as part of their short-and long-term course programmes. This collaboration will allow many stakeholders including councilors to be trained at the institution, thus filling the knowledge gap that exists about SAM in government institutions.

Through this integration and collaboration, we believe that poverty reduction, greater equity and democratization can be reached by progressively enhancing the capability of government institutions to influence ‘bottom-up’ accountability through more effective monitoring of the social accountability.

Specifically, United Nations Association of Tanzania advocates for facilitating the integration of Sustainable Development Goals in their Regional and District Strategic Plans so that when the country reports on the progress it integrates the data and information from Local Government Authorities. Furthermore, SAM can be used to help government to effectively report on the implementation of the SDGs. 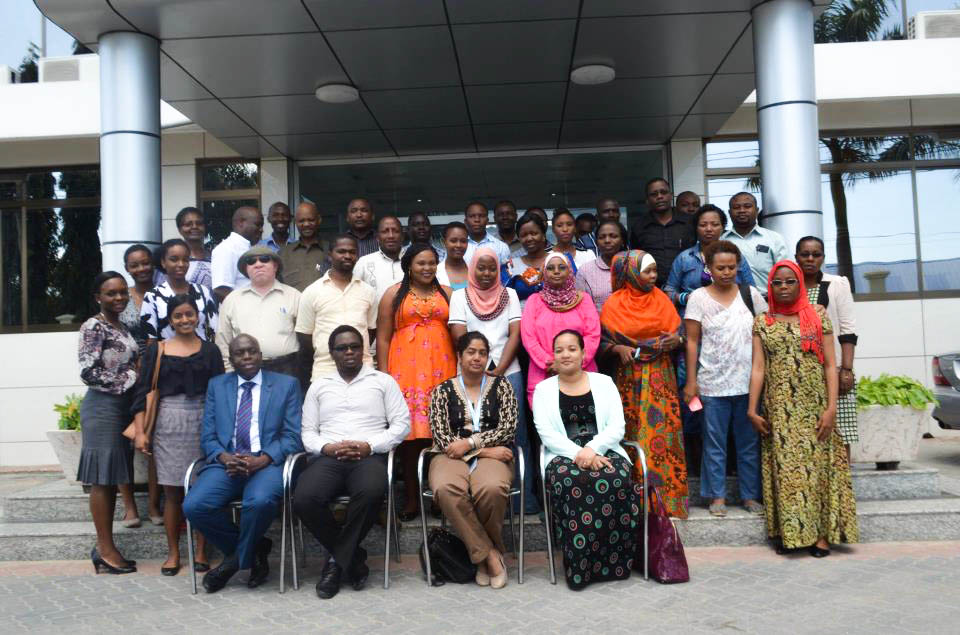 The Universal Periodic Review (UPR) is a unique Human Rights analysis that is conducted by all UN Member States. It provides an in-depth review of member states’ Human Rights records and their compliance to international regulations. Established in 2006, its aim is to improve the Human Rights situation worldwide and address all violations whenever and wherever they occur. The UPR process is conducted every four years, with the next review scheduled for 2021.

The UPR mechanism is subdivided into three-stages: the review of the human rights situation of the State under Review; implementation of the recommendations received and the voluntary pledges made; and reporting at the next review on the implementation of those recommendations and pledges regarding the human rights situation in the country. Within this process, NGOs play an important role by conducting national consultations and preparing detailed reports that compile information on the country’s human rights status during the four-and-a-half-year period since the last review was carried out. It is at this stage where follow up is done to determine whether state parties implemented all recommendations that were accepted in 2016.

According to the United Nations OHCHR schedule, Tanzania will be reviewed in October 2021. Meaning, NGOs and the Government are required to develop reports that will be submitted for the actual review in Geneva in 2021. NGOs are to submit their report before March 2021.

As the 2021 actual review draws close, NGOs, government, and other human rights stakeholders in Tanzania are currently preparing for the third review of our country; overseen by 3 parties, Tanzania Human Rights Coalition, Legal Human Rights Center and Save the Children. And, as the first step, this tripartite collaboration conducted a 2-day refresher course in which UNA Tanzania participated in. The objective of this training was to refresh minds and impart knowledge to respective NGOs to ensure full participation in the data collection, report writing and submission processes and participation in the actual review in Geneva. 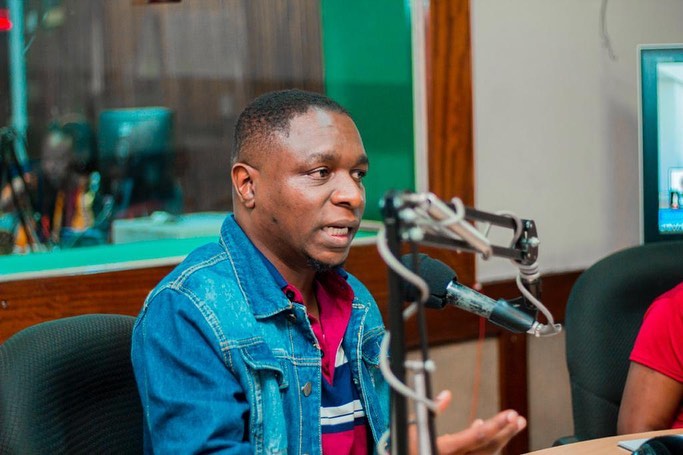 In advocating for Youth access to the Empowerment funds for groups of Women, Youth and Persons With Disabilities (4-4-2), we had an educative radio session with TBC FM – a local radio station that reaches youth in all 26 regions of Tanzania. During this session, we talked about the promises made to youth in the Five-Year Development Plan (FYDP II), while sharing strategic opportunities with youth in economic development especially on the 10% loans by the Local Government Councils. The response from youth was very positive, having over 100 respondents enquiring more about the prerequisites and their eligibility in attaining this loan.

For 3 years now, UNA Tanzania has been a liaison between young people and the government through providing information and awareness on the Empowerment Funds as an economic right for young people to have from the government and improve their economic situations. To date, we have reached over 3000+ young people that have benefited from the funds, 21 clusters in 8 regions in Tanzania.

UNA Tanzania aims to amplify young people’s voices and share the challenges with the policy makers not only for the funds but to make sure young people are part and are engaged in making sure they are not left behind in decision making and the Sustainable Development as a whole.

The elections were held simultaneously in the United Nations Headquarters, New York, General Assembly hall – entitled “Procedure for holding elections by secret ballot without a plenary meeting during the coronavirus disease (COVID-19) pandemic”. 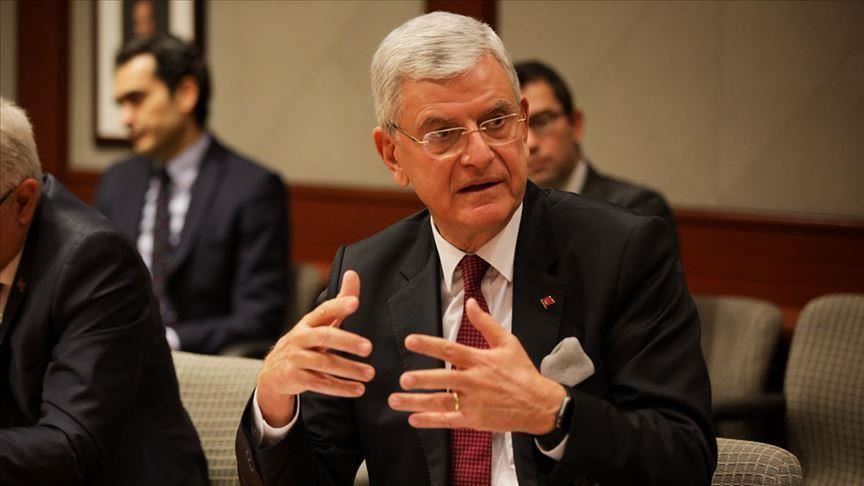 Turkish Diplomat, Hon. Volkan Bozkir, was elected as the President of the 75th session of the United Nations General Assembly on June 17th, 2020. He was the sole candidate for the post, nominated by the government of the Republic of Turkey – receiving 178 ballots. Hon. Bozkir is expected to take office on 15th September 2020 for a period of one year.

“I am thankful to all UN member states, for electing me with an overwhelming majority, as the President of the 75th UN General Assembly,” Bozkır said on Twitter. “As we mark the 75th anniversary of the UN, I will guide the efforts to contribute to international peace, in the challenging times we live in.” 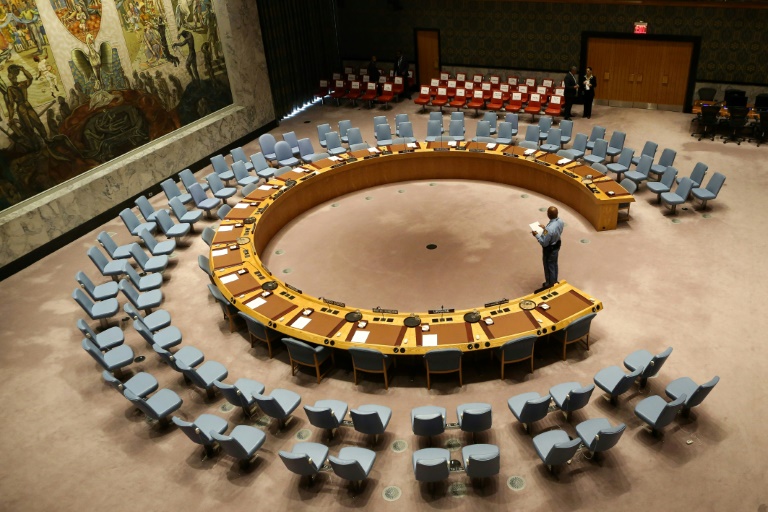 Kenya wins a non-permanent seat in the Security Council

On 18th of June 2020, the Republic of Kenya won a non-permanent seat in the Security Council. This happened during the second round of voting in the General Assembly where the country received 67 more votes than its competitor, Djibouti. Kenya will begin the 2-year tenure in January 2021, joining fellow elected members India, Ireland, Mexico, and Norway.

Endorsing the country as its flag bearer was the African Union – which Kenya thanked for this opportunity. The Republic of Kenya will now be able to contribute to the Security Council’s primary responsibility under the UN Charter – maintaining peace and security worldwide.

Tanzania supported Kenya in securing a seat at the security council through campaigning and voting for the fellow East African country, in both rounds. Furthermore, Kenya acknowledges Tanzania’s support throughout the process and especially during the second round of voting. 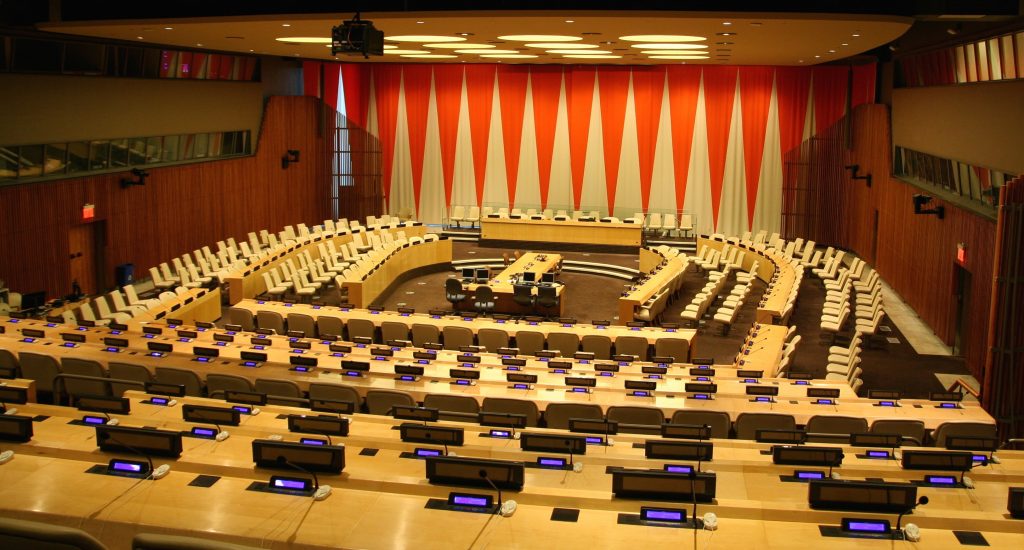 On the 17th of June, ZIMBABWE was elected to the United Nations Economic and Social Council (ECOSOC) cluster for a 3-year term that will begin on 1 January 2021.

The outgoing president of the UN General Assembly, His Excellency Tijjani Muhammad-Bande, announced the results after voting by secret ballot in the assembly on Wednesday.

Obtaining a position in the ECOSOC Council means that Zimbabwe will be able to participate in the everyday management of specified UN agencies, bodies, and commissions that fall under ECOSOC’s oversight purview – which extends to over 70 per cent of the human and financial resources of the entire UN system.

The other African countries that were elected to join the ECOSOC Council are Liberia, Libya, Madagascar, and Nigeria. 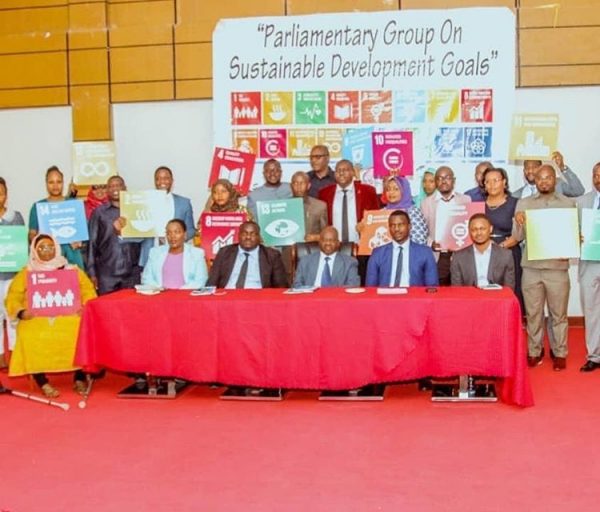 For the last 4 years, we have been working with the Parliamentary Group for Sustainable Development pioneering their establishment in 2018. UNA Tanzania trained the Members of Parliament in this group on the SDGs in order to deepen their knowledge and provide analytical tools to help them conduct budget analyses on how the Global Goals are reflected in national budgets. 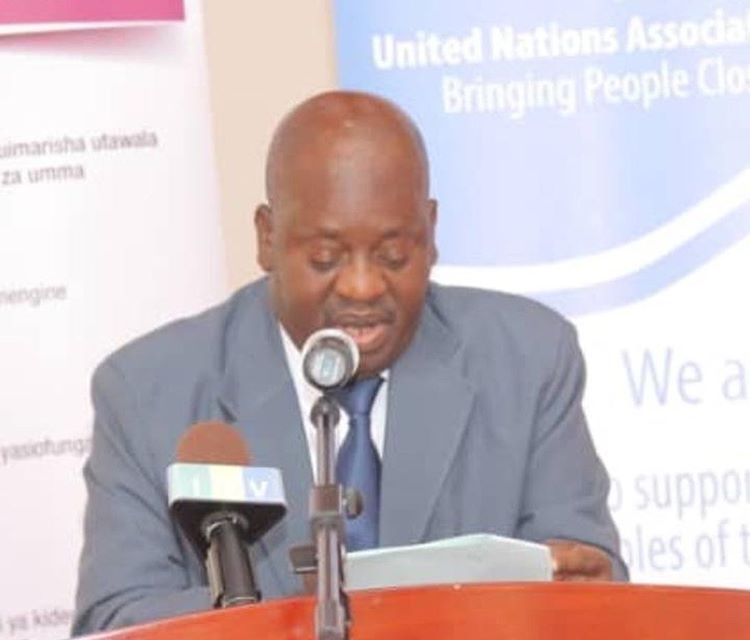 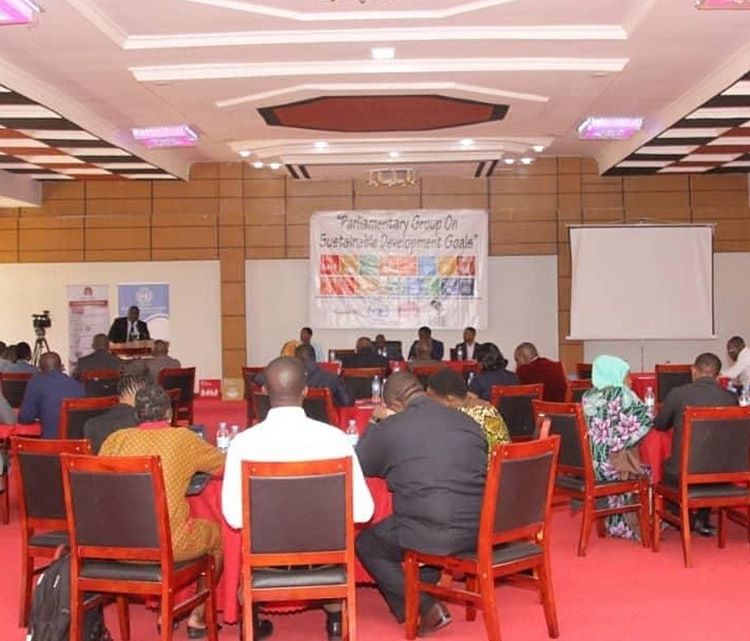 It is our focus to include and interact at a larger scale with decision makers since they influence and ratify the laws and budget to be passed for the good of the people, therefore the time to time training help in capacity building, and be present to “LEAVING NO ONE BEHIND’’ in the implementation of Agenda 2030. 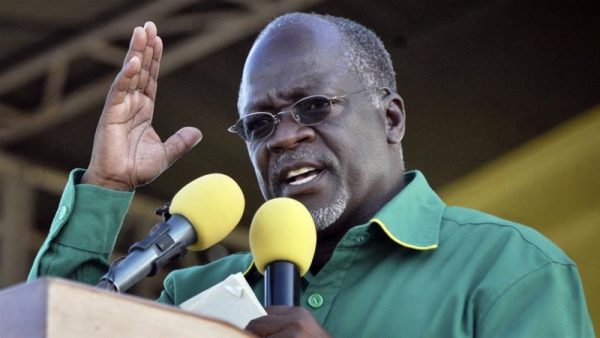 In light of our advocacy work on the following up on the effectiveness of the Women, Youth and People with Disabilities Empowerment Funds, last month His Excellency, Dr. John Pombe Magufuli, the President of the United Republic of Tanzania as he was dissolving the parliament, highlighted that it was one of the successes during the previous three years, as 93.2 billion had been given out to women, youth and PWD’s : 4-4-2 respectively. This carries an important meaning to our work with the government through the President’s Office Regional Administration and Local Government Authorities (PORALG) different stock take dialogues and capacity building on the Sustainable Development Goals especially on Economic Growth and Decent Jobs #goal8 as a specificity.

Signup to our newsletter to get our latest update

The Sustainable Development Goals: 17 Goals to Transform Our World